It all started with a White Mocha Frappucino and a dear graduated friend, Alex.  We sat on Beury Beach for the better part of the morning and walked around campus.  Not quite a student, and definitely not a graduate like him, I felt strange being on Temple’s grounds. 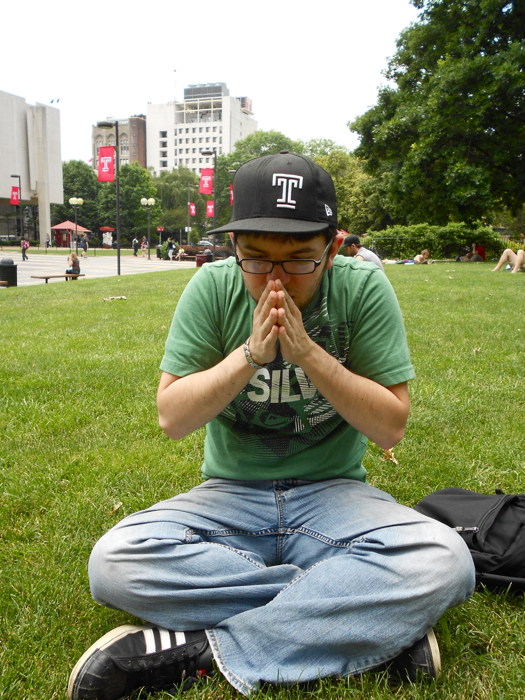 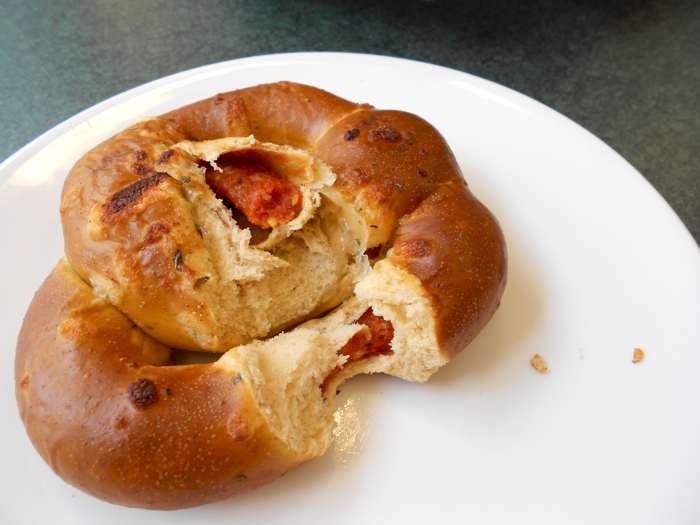 After a quick lunch of a pizza-filled pretzel from another Starbucks, I caught the subway to go see my neurologist.  I rode half way with an ex-boyfriend I ran into at the station then rode the rest of the way alone.  My neurologist told me my 48 hour EEG results were abnormal.  I have temporal lobe seizures.  I was hurried across the street to the hospital for blood work for my next MRI.  Meanwhile, Kyle puttsed around, having just gotten off work, hoping to meet up with me in the city.

Kyle met me halfway between Snyder and Federal Streets, and gave him a gift.

We turned down Wharton Street to make our way to 9th.

RENÉ invited me to join him at Rim Café at 4pm.  Normally closed on Mondays, René would be in his chocolate café shooting for a new show on the Food Network, set to air in August.  Upon entering his café, he gave me a warm embrace and whispered to wait outside until the producers said it was ok to come in. 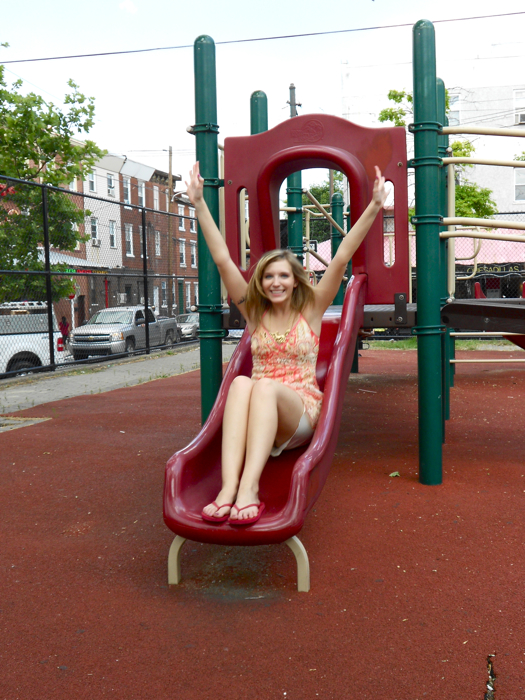 The playground across from Rim Café on 9th and Federal was sparsely populated by me, Kyle, a lady, a man with one leg, and two kids.  We people watched for an hour.

While rubbernecking, we watched a Food Network lady attempt to parallel park her huge white van about 15 times.  After hitting their other van a few times, she finally got it in.  Then we started watching them film DUFF GOLDMAN make an entrance into the café.  I don’t know which took more attempts, the parking or the shooting.

While sitting on a particular bench in the park, Kyle exclaimed, “Watch this car coming thru the stop sign – look how funny it is!”  When it was finally in view, we realized it was a Google Maps car!  We may be on Google Maps, I’ll keep checking. 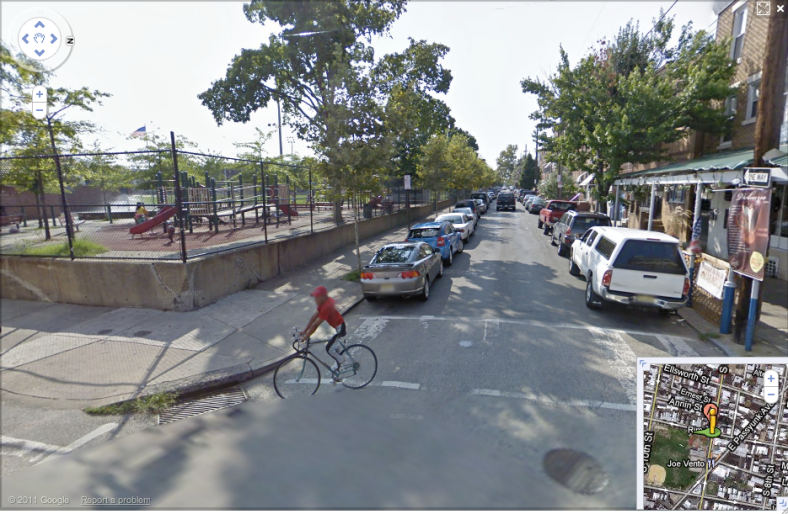 Bored and hungry, we made use of our vast resources and hit up PAT’S for cheesesteaks.  Lo and behold, we ran into René and Duff in line.

And we did it right.

René told me to wait just a little longer. 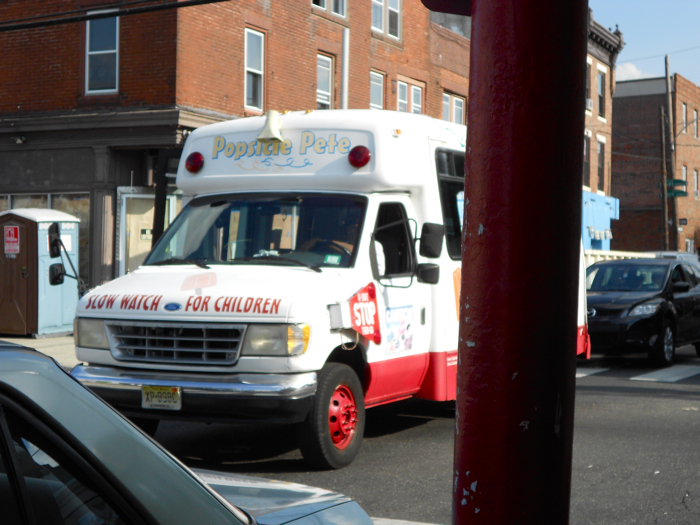 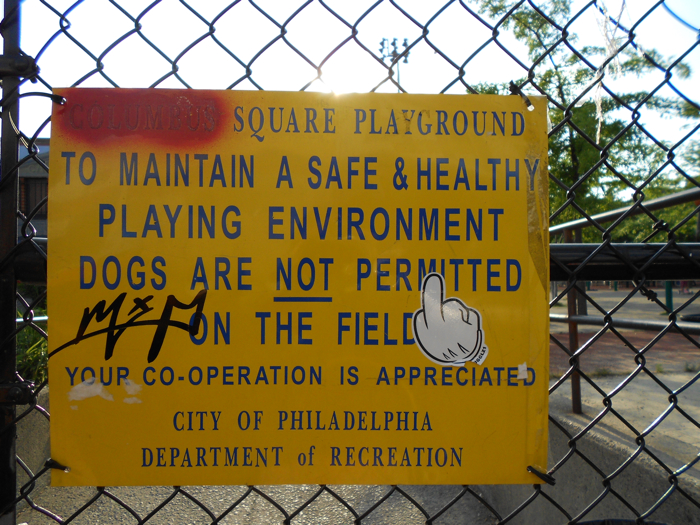 To the park and back again, we made our rounds once more, feeling what Philly kids must feel in this neighborhood. 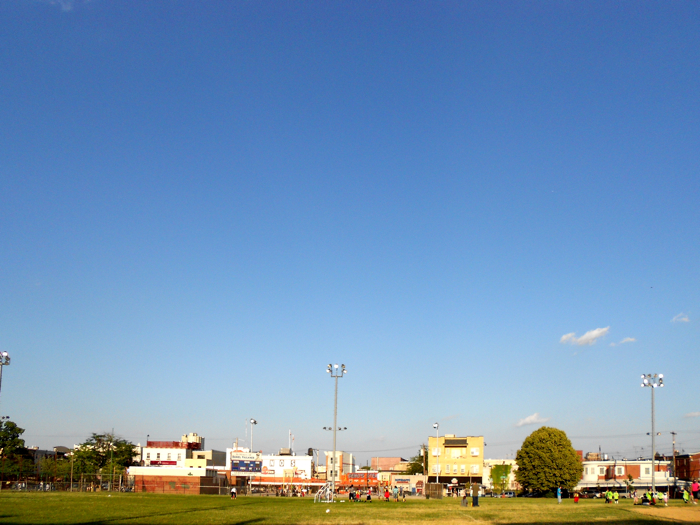 Playgrounds were a big part of my childhood, I often take them for granted.  A man told us the extras wouldn’t be allowed into Rim until 7pm.

Around 7, we decided to join the accumulating crowd outside Rim.

It is not a normal business day.  Most businesses in the Italian Market are closed on Mondays.  Most of us waiting outside know René personally and understand what is happening, but are still very impatient.  Kyle and I are MVP Rubberneckers of the Year.  We watch someone try to walk right into the café and the designated doorman firmly holds the door closed, “They’re filming the intro.”  She probably used the same line we all tried, “But I know him.”  He tells her she can’t go in and adjusts his seat closer to the door, accidentally landing a leg of the chair on her foot.  I doubt Food Network wants customers in this show. 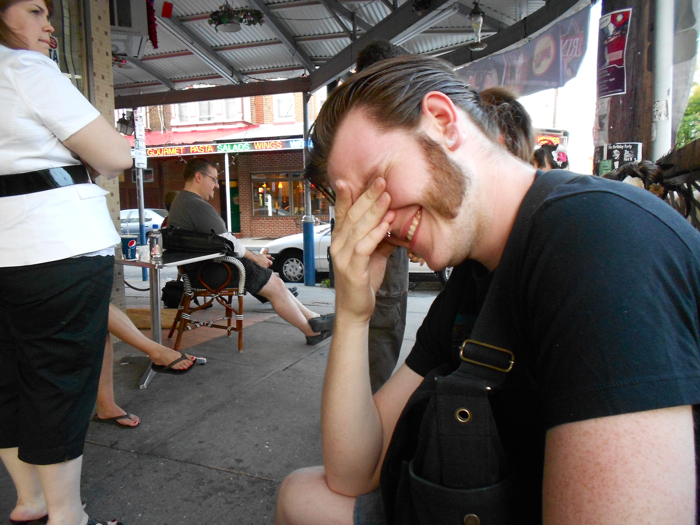 Soon, René poked his head outside to tell us he will let us in, we have to sit down, and he will make us all hot chocolate.

Kyle and I attempted to keep busy while waiting for the

Finally, we were let in.  I never saw Rim Café so quiet, brightly lit, and full of seating.

Change of plans.  René was going to make us all the same drink, The Volcano.  We all stood up and got in line.  There is never a line at Rim, just people everywhere and René making magic.  This entire experience was very unnatural.  It’s too bright, too quiet, and there’s too many tables and chairs – and The Godfather is not playing.

I was told .  As if.  But the producer did not say “no photos at all”, and I did not read the waiver, so I believe what I do with the photos is my business.  But it was impossible to work with their lighting so I just shot the strawberries instead.

We waited in line for several Volcanoes.  Everyone in front of us had their one-on-one time with René while he and Duff made their creations, cameras rolling.  When Kyle and I were up next, the camera men left and all went silent.  Duff ordered two volcanoes for him and some other guy to enjoy and evaluate on camera.  René made them in front of me and Kyle and placed them in front of us.  As soon as we reached for them, Duff swept them away.  Duff stole our Volcanoes, and our camera time.  We still had to sign a waiver.

If anyone was ready to MAKE IT HAPPEN, it was Kyle and I, but our 15 minutes of fame were delayed.  Feeling used and abused, we posed unwillingly for a photo with Duff, and he was gone.  Just like that.

Everyone left the café but Kyle, myself, René, and a few of the crew.

Then, a twist of fate.  The producer kindly asked if Kyle and I would stick around a little while longer.  René would make us Volcanoes, we would try them on camera, and they would ask us a few questions.  If any two characters were more eager to be on TV, it was us.  As long as they didn’t ask any questions about the Phillies or the Flyers, we were golden.

The pressure was on.  I had never had a Volcano, but I had been to Rim enough times to know just about everything they’d ask.

First on-camera sip and I burned my tongue.  We were told to get chocolate on our lips, which was easy since René piled on the exotic chocolate shavings.

Kyle was put on the spot first.  After making a comment about René being a chocolate wizard, the producer made his say it again in a full sentence.  Almost every question answered had to be rephrased but Kyle made his response better every time.

My turn.  I hate chocolate, but I can’t tell them that.  I love René’s concoctions – but only on ice.

Do you think René is the best chocolatier?

“Since I haven’t met Willy Wonka, I’d have to say René is the greatest chocolatier.”

They loved us.  But not enough to give us our own show. 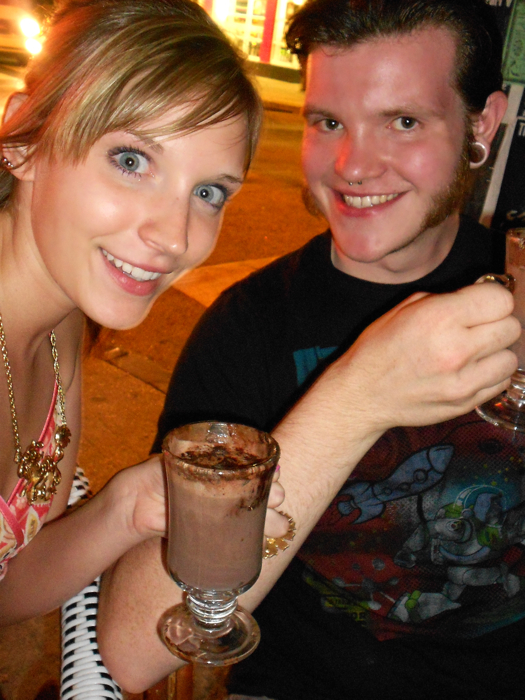 And that was a wrap. 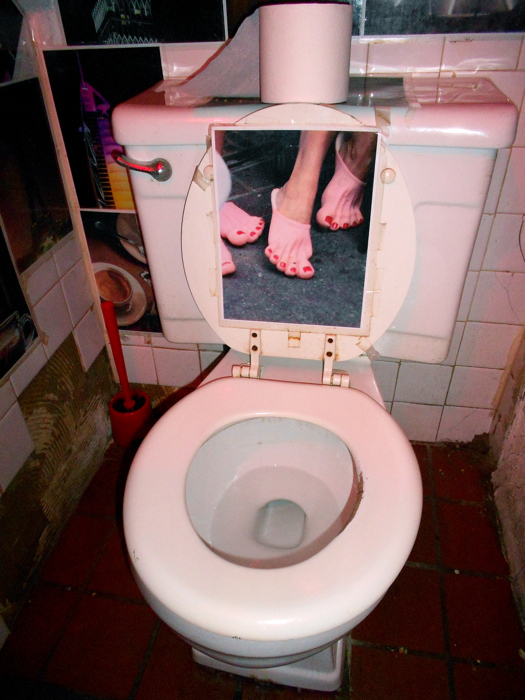 I do have seizures.  And it was proven to me how reality TV is.  You can only experience René and Rim Caféin the moment, and there are no take-two’s.  “Make it happen!” and “Here we go!” are René’s most complete sentences, and they say it all.  Most importantly, there is no Snooki in real life.

One thought on “Surreality T.V. Show”