Today I took a chance and put four rolls of film in the hands of Rite Aid on Susquehanna.  It was 4pm, and I stood at the photo counter for a good 5 minutes before someone realized I was waiting for assistance.  I shoved my rolls of film into four awkward envelopes and asked where to put them.  “Just leave them there,” I was told.  I shouldn’t have to ask the following question at a one-hour photo center, but I did, “When will these be ready? In an hour or two?”  I don’t care if it’s a stupid question, because by today’s standards, it’s mandatory.  “Well, no one is here to do them, so they’ll be done by tomorrow.”  I left anticipating coming back in the morning for the photos, and they would sit on CDs until Monday, when I come back from home, because I will not take my computer home.  I turned around in the parking lot and went back in, determined to take my film back and take it home with me.  The bulky envelopes were right where I had left them.  A manager persuaded me not to take them, that she’d get them done right away.  Well, that certainly sounds better than tomorrow!  They were done in two hours, and Rite Aid only charged me for the CDs – no processing fee.  So I am not complaining about the questionable service.

Plus, the photos needed no editing whatsoever.  Even those lacking in contrast, I will not edit.  I am fairly confident in the original exposures. 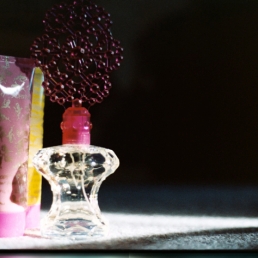